Having been a mitzvah emcee for seven years, I have worked with a lot of great people, (and some crazies, but that’s a different list). I’ve helped families throw small quaint afternoon mitzvahs, over the top night club style mitzvahs and everything in between. Though the events come in all shapes and sizes, there is one major commonality. Every family wants to know, “How do we make our party different from everyone else’s?” So here’s a list of the top 5 mitzvah add-ons that pack the most punch. Maybe you’ll agree with me, maybe you’ll be more surprised to see what didn’t make the list, but here goes…

Call me old-fashioned, but this is definitely my all time favorite. Nothing will add a live kick or extra energy to a room like someone playing a drum set or a percussion kit along with the DJ.

What is the difference between a drummer and a percussionist you ask?

A drummer plays a traditional drum set, like you’ve seen in every rock band in the world. When a drummer kicks that bass drum, it does something to the sound that speakers simply cannot. A GREAT mitzvah drummer will also be somewhat of a showman while he/she is playing, bringing lots of energy and “swag” (as the kids call it) to their performance. And yes, they should PERFORM during the party and not just stare off into space while lackadaisically hitting the drums every now and then.

A percussionist will play congas, which stand up, and usually a bunch of auxiliary or “hand instruments” such as shakers, tambourines, etc. A GREAT mitzvah percussionist will also be interactive and invite guests (especially little kids) to come play with them. How’s that for a photo op?! My extensive research on the subject has shown that, from Bubby to little brother, EVERYONE likes to get up and bang on the congas.

Here’s a drummer that can move:
http://www.ebetalent.com/p/dj-drums/

This one even sounds cool.

“What are you having at your party?”

This one could be tough to get the venue’s cooperation on, but if we can bribe Betsy Banquet Manager to allow it- Confetti Cannons are AWESOME!

Imagine a Grand Entrance, “Please welcome Sydnnnneyyyyyyyyyyy!” (BOOM!) Confetti explodes over the crowd. That would be quite a statement and would definitely let guests know what kind of night they’re in for.

So you were with me on the first two and now you’re probably wondering what on earth Party Print is. It’s really cool, let me explain.

Party Print is the newest product under the Photo Favor umbrella to be offered at events. Instead of walking over to a photo station, waiting, having your picture taken in front of a backdrop and going back later to pick it up, your guests download an app (available for iPhone and Android). Once downloaded, guests take their OWN pictures from anywhere and at any time during the party. The images are then magically transmitted to a photo station, where they are printed and framed for each guest to take home! Also, a border can be added to the photos with some sort of “Lexi’s Bat Mitzvah 11-22-14” message around it. Lastly, the host will receive a flash drive of all the photos taken at the end of the event. Yes, that very night you could take all the pictures home and start uploading them to social media.

As a bolt-on to this idea, a TV monitor can be added to display all of the pictures (montage style) throughout the night for everyone to see. With or without the monitor, the pictures are absolutely unlimited. This activity is bound to get everyone, especially the tech- addicted young adults involved and having fun.

Want more details? There’s a link for that:
http://www.ebetalent.com/p/party-print/

If video screens are going to be incorporated into an event, plexi screens are definitely the way to go. These 80″ monsters are crystal clear and will be hung to look like they are floating in mid -air. The projectors are placed behind the screens (known as rear-projection in technology land) for a neat, clean and polished look.

Having a hard time picturing this?
http://www.ebetalent.com/p/plexiscreens/

I still remember the first time we took the LED Video Wall out on location. It was at the Four Seasons in Philly, for Dylan’s, “D Lounge” themed Bar Mitzvah. Dylan’s friends came piling into the room as the music kicked into high gear. Everyone was dancing, but they weren’t as pumped up as we wanted them to be. Once the wall flipped on, they saw his D Lounge logo on the biggest, brightest, coolest screen in the history of Bar Mitzvah technology. Their mouths literally dropped as they stared at the front of the room. As the LED Video Wall played the first music video of the night, the crowd went bananas. As the party unfolded everyone was mesmerized by ambient images, the Bar Mitzvah Montage, countless music videos, and each element shown on the LED Video Wall looked more impressive than the last.

Put your sunglasses on:
http://www.ebetalent.com/p/video-wall/

If the links are not enough, we’re having a mitzvah showcase on March 2nd, 2014 at the Ace Conference Center. Come check it out and make your own list. www.ebetalent.com/DJexpo 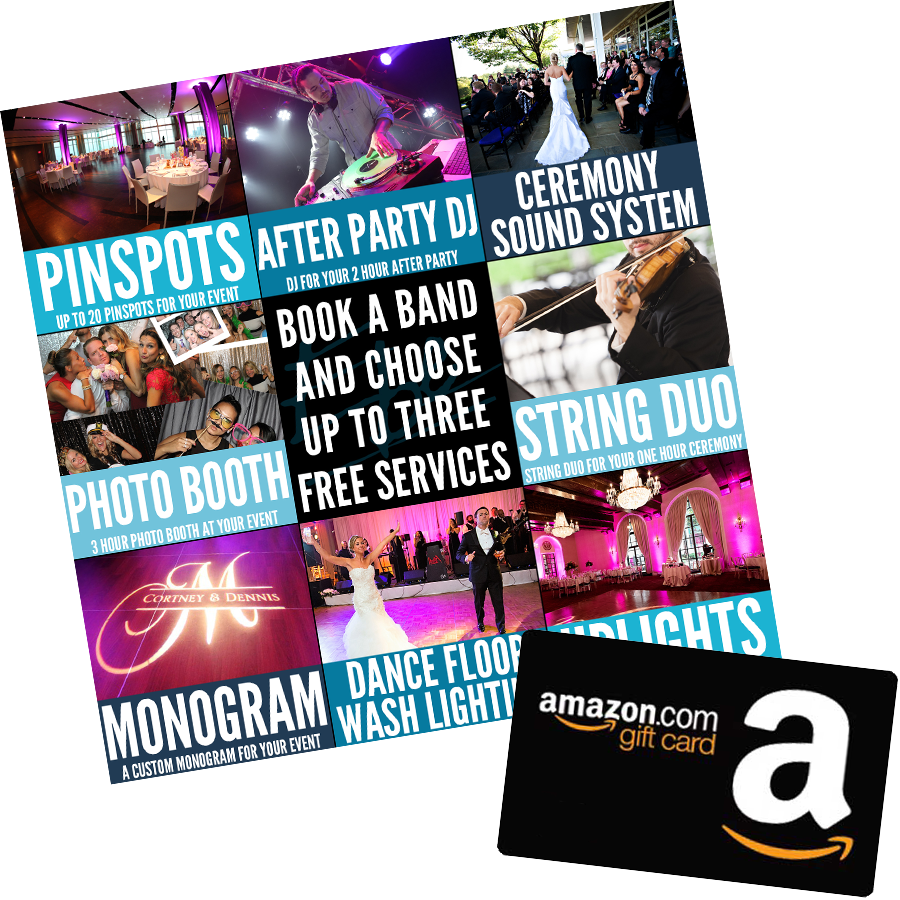