My event is the same day as a major sports event, how do I keep from losing the crowd to the game? | EBE Talent
BlogAsk The Experts

My event is the same day as a major sports event, how do I keep from losing the crowd to the game?

By Manna Design November 23, 2012 No Comments
[dropcaps style=”fancy”]Q:[/dropcaps]Dear Ben, I just realized that my event is scheduled for the same night as an NFL playoff game. I know, poor planning on my part. Although I believe that the Eagles are out of the running, about half the guests are from North Jersey and New York and are Giants fans. There is no way for me to reschedule the date, but I do not want to lose half of my crowd or more to the game. What do you suggest I do?

[dropcaps style=”fancy”]A:[/dropcaps]Hi Danielle! Fortunately the playoffs are still several weeks away, so there is a good chance that it will be a moot point as far as the Giants are concerned. However, there are still going to be a significant number of your guests who are going to want to watch the game no matter what teams are involved.

In the past I have seen people who have just tried to ignore that a game is going on and I have seen others accept the reality and deal with it as best as they can. I once performed at a wedding that took place during a Phillies playoff game a few years ago. All but four of the guys (and this includes the groom!) spent practically the entire evening in the hotel lobby bar (where there were televisions) watching the game.

I have also had clients who put screens into the room to show the game, so that everyone would at least be together. This has its pluses and minuses, though, as it definitely has an effect on the decor and ambiance of the room. Sometimes it works out great. A few weeks after the incident above, I performed at a Bat Mitzvah which took place during a Phillies World Series game. Fortunately, they had already booked our Big Screen Video package, so we already had two large screens (in this case, our huge 80″ “Plexi-Screens”) on either side of the dance floor. We were able to tap into the venue’s cable feed, which gave us the ability to show the game on one or both screens, in addition the the screens’ regular content.

Another time, though, I was performing at a corporate event during a series deciding Yankees-Red Sox playoff game. About one-third of the crowd were Phillies fans, one-third were Mets fans, and one-third were Yankees fans. In this game, the Red Sox pulled off a major upset and defeated the Yankees. One Yankees fan at the party was pretty unhappy about this and berated me throughout the event for keeping the game on while his team was losing. The funny thing was in this case I did not even have control over the screens. The client had hired the venue to provide them to show nothing but the game, so I did not even have anything to do with it!

Oh well. In either case, you need to think about what is best for you and your guests prior to making any decisions. If the Giants won’t be playing during your event, my guess is that you will probably be OK not doing anything. You may lose a few NFL die hards, but the general vibe for the party should stay intact. If it will be during the Giants game, you are going to have a decision to make. No matter what you decide, we will be here to help you in any way that we can and will have screens available if you need them. Please let me know what you decide!

Our Spring Sale Is On! 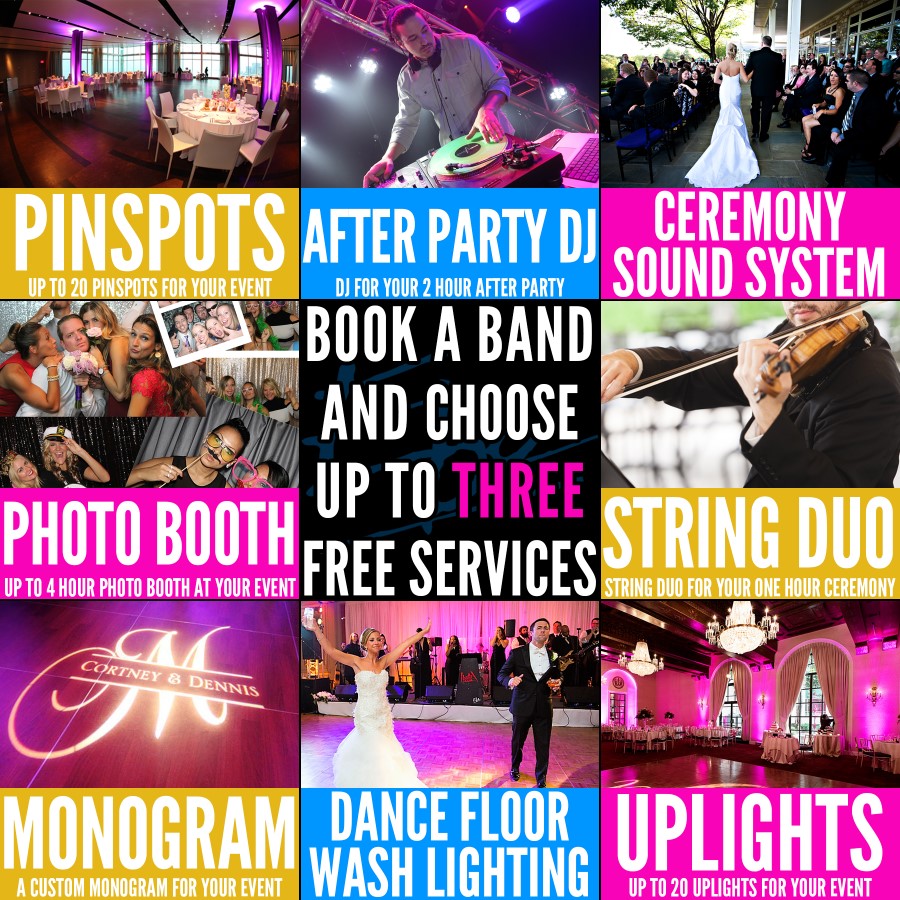